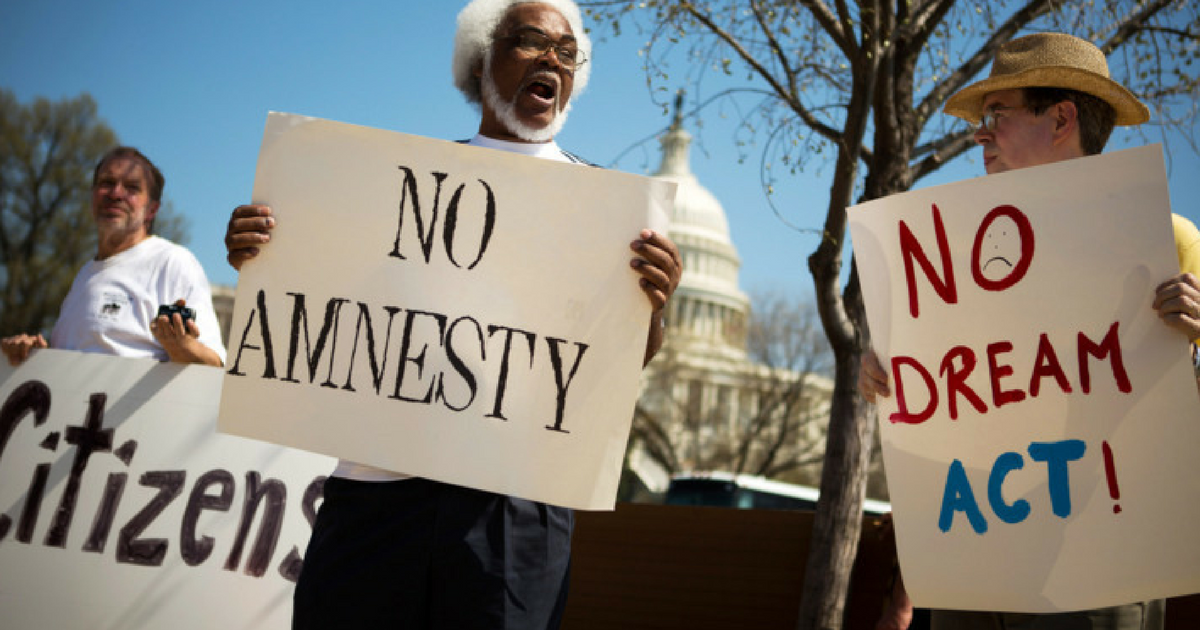 If I’ve heard it once, I’ve heard it a thousand times – ‘Trump doesn’t care about other people, and he’s racist.’ And blah, blah, blah. It shouldn’t still surprise me, but it does.

Because the evidence points the other way.

Trump is helping refugees safely come to the US – once they’re fully vetted, of course. He’s helping inner cities, and still supporting cops. It’s possible to do both, if you really care.

And Dreamers? Libs have been spreading the fiction that they’ll all be deported, and shipped off to a country that doesn’t know them or want them.

So it’s more than a little surprising that Trump is preparing not only to protect Dreamers, but to protect an additional 400,000 immigrants…all of whom are supposed to be here temporarily.

Sound like a broken campaign promise? It’s not. It’s negotiation.

President Donald Trump is not just willing to give amnesty to so-called “Dreamers,” he’s also down to give permanent legal status to several hundred thousand illegal immigrants who benefit from a little known amnesty program.

Temporary Protected Status was created to help individuals who couldn’t return to their home country due to a catastrophe such as a natural disaster or civil war.

A total of 435,048 illegal immigrants from ten nations currently benefit from TPS.

The program has been criticized by immigration hawks for being anything but temporary, considering nations like Honduras and Nicaragua have received TPS designation since 1999.

Trump promised on the campaign trail to end talk of amnesty. This looks like he’s backtracking.

Like a potential DACA deal, the White House is seeking to get immigration enforcement and legal immigration reforms in any sort of TPS legislation.

Rex Tillerson says the 300,000 Haitians and Central Americans living in the U.S. under temporary protected status can now be deported. pic.twitter.com/RX1EUh2lLx

In this case, it might make it better for immigrants, too.