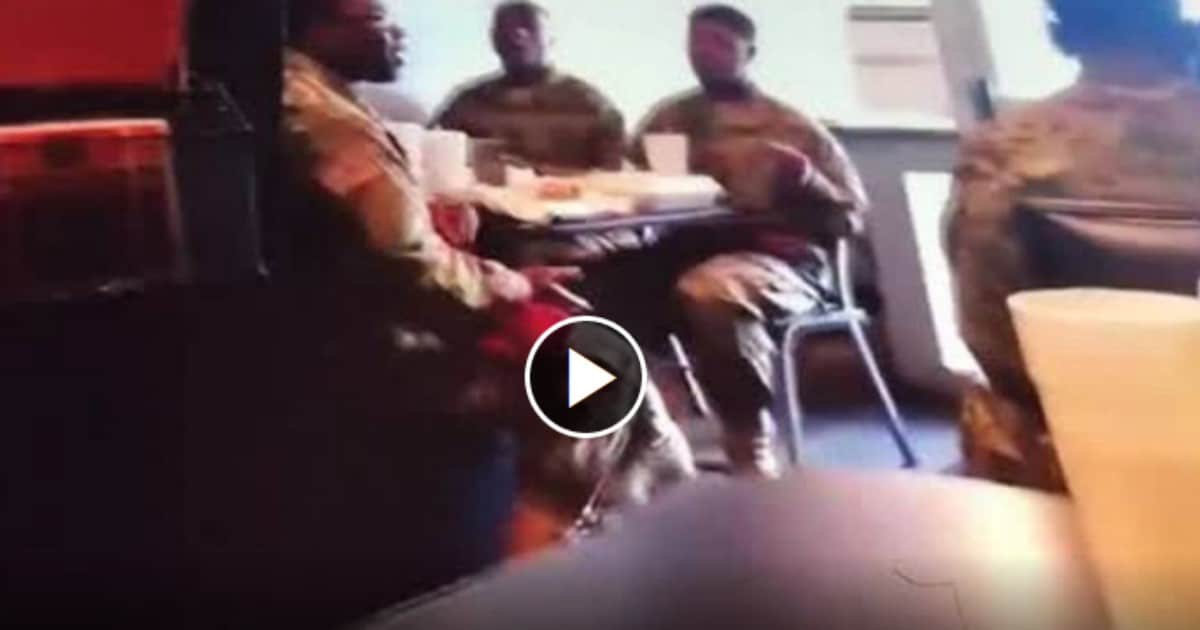 It’s not easy to be a waitress.

The job requires you to be on your feet all day. Many work extra long hours to earn their pay, running back and forth between customers and a hot kitchen. They are subjected to physical strains and challenges.

Add to that the regular flood of angry and disgruntled customers — who don’t leave a tip — and you can have a pretty rough day.

Yet for one waitress, her last day at work turned out to be quite a different experience. After telling a table of soldiers that she would be finished with that job at the end of the day, they decided to provide her with a going-away present.

It’s not what anyone expected.

Amy Davis was serving the soldiers when they suddenly asked her if they could sing. Caught off guard, she said they could.

A few started humming, but then they broke out into song all at once, belting out “Under the Boardwalk,” made famous by The Drifters in 1964.

The waitress, along with the other patrons of the restaurant, were stunned by the quality of their voices. Many expected them to sing along with the song playing on the speakers. Instead, their a capella version of the song wowed everyone who heard it.

Few waitresses get serenaded by their customers; even fewer by United States soldiers!

These young men’s voices were impeccable. Even in this amateur cell phone footage, you can hear the quality and skill of these singers.

It’s almost surprising that such talented men chose to serve their country, instead of pursuing a singer career!

Be sure to share this remarkable footage with everyone you know. Maybe you’ll run into a few customers like this, one day.