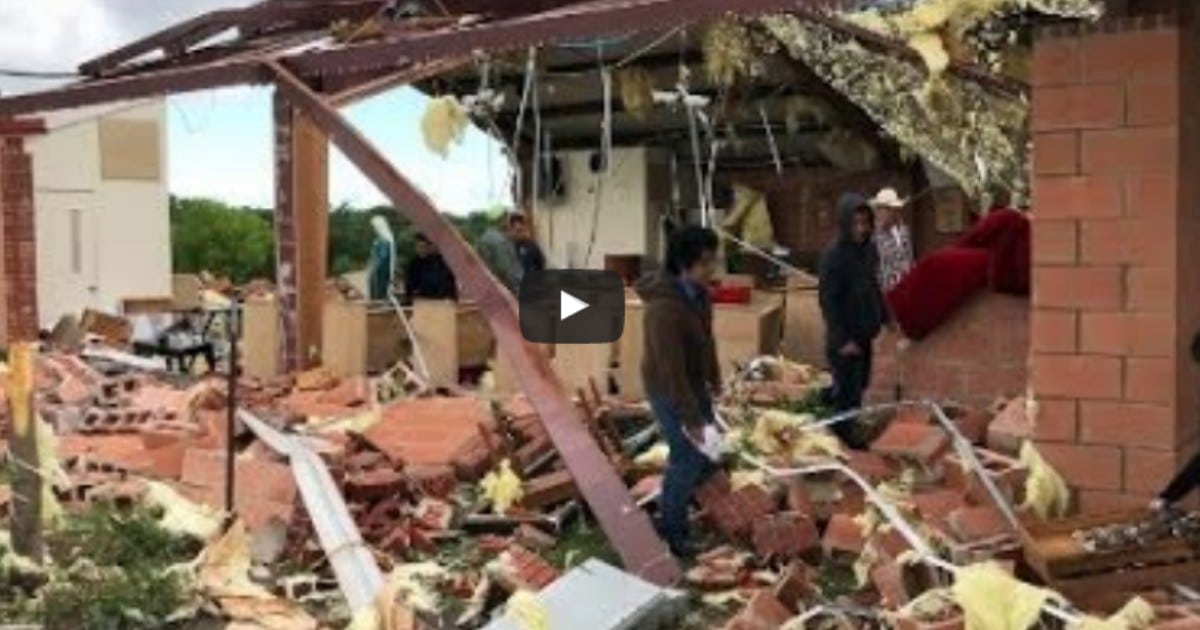 For those that say there are no miracles, here’s a story to prove them wrong.

Large parts of the United States are affected by tornadoes. Throughout the year these powerful storms rip through their communities. The damage they cause and the lives they take are often too high to count.

Even though technology has made these storms easier to track, they still wreak havoc. The power of just a single tornado can blow your mind. Trees, trucks, houses crumble like toys in the onslaught of nature’s fury.

Such was the case when tornadoes recently struck Texas. In a small town, a group huddled in their church as one of these twisters descended.

The building was rocked, but the people…

Several merciless tornadoes recently struck Texas near Dallas-Fort Worth area on May 1, and claimed the lives of four civilians. Forty-five people were also affected by the destructive weather in the small town of Emory, but in their case, they witnessed something nothing short of “miraculous…”

The churchgoers decided to run to another side of the building and huddle in “a hallway between the parish hall and the main part of the church,” according to a report by CNN…

Youth minister Monica Hughes said that the windy vortex engulfed their building 30 seconds later, eventually tearing apart both sides of the church. As the tornado ripped through the roof and walls of the structure, their sanctuary was enduring the greatest damages.

“Everybody dropped to the floor and protected one another,” Hughes said. The parishioners immediately started praying and asking God for protection…

Through all the catastrophe, not one single person from the group was injured or harmed. And, shockingly, their statue of the Virgin Mary was found in the rubbish fully intact.

We know it wasn’t the Virgin Mary who protected them, but God. Even though the awful tornado destroyed much of the church, every last person inside was safe.

Anything could have happened once that tornado struck the building. Brick, glass, and wood crashed and flew through the air. At any moment, the worst could have happened to those people. More than likely, the entire structure would have collapsed on top of them.

Yet in spite of all the destruction, they were kept safe.

Most rescue workers will tell you how rare it is to see people come out alive after such a storm. That much damage to a building would have meant doom for the people inside.

If anything can be called a miracle, it would be that.