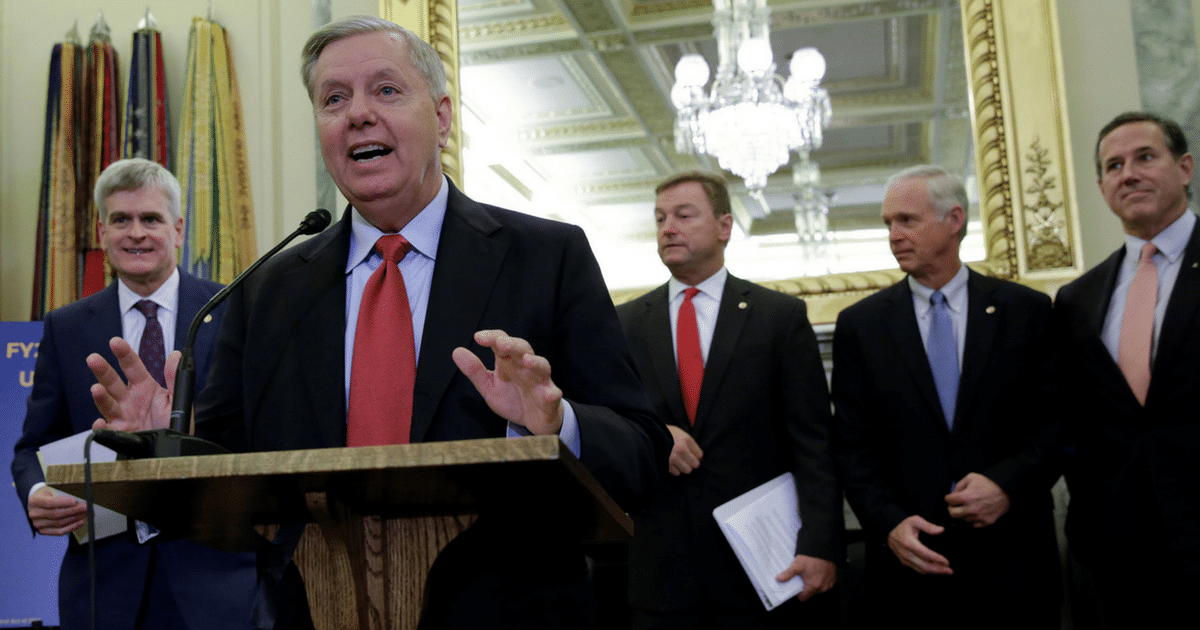 Democrats have rejoiced only a few times since Trump was elected. I’m guessing you know which times I’m referring to.

The main example being when Congress couldn’t repeal Obamacare.

You could practically hear the jubilation in the Mainstream Media. The narrative Dems pushed was shameful: ‘look, ha ha, Trump can’t make a deal.’

Of course, everyone forgets that Trump didn’t even get a chance to sign anything, so it’s hardly his fault. It’s the Establishment Republicans’.

But they might have one last-ditch chance for redemption. Because there’s one more bill on the table – and it’s better than any of the others by a long shot. The Graham-Cassidy bill will repeal Obamacare’s individual and employer mandate, Obamacare’s medical device tax, and deliver health care to the states so that local governments can design a more affordable alternative to the Affordable Care Act.

Breitbart, as usual, is being extra reporter-like in its description of the bill.

So let me explain it in clean, blunt language – this is a different kind of repeal-and-replace bill. And it’s not just better – it has a chance of fixing everything, all in one quick vote.

The reason? This is the first bill to truly address the fundamental problem of Obamacare – running all decisions through DC.

Anyone who has ever worked for a micromanaging boss understands this. Things take longer, get more expensive, and get less efficient if you have to route all decisions through one central hub. It’s a nightmare.

“Instead of a Washington-knows-best approach like Obamacare, our legislation empowers those closest to the healthcare needs of their communities to provide solutions.”

“Our bill takes money and power out of Washington and gives it back to patients and states. It takes us off the path to single-payer health care – which would be a disaster – and puts us on a path toward local control.”

“This bill fundamentally transforms health care in the United States.”

And then, for good measure:

“This may be the most important thing that I’ll ever do.”

Grahams’ excited, obviously. But he has reason to be. This is good, honest, structured legislation.

All it needs now is the attention it deserves.