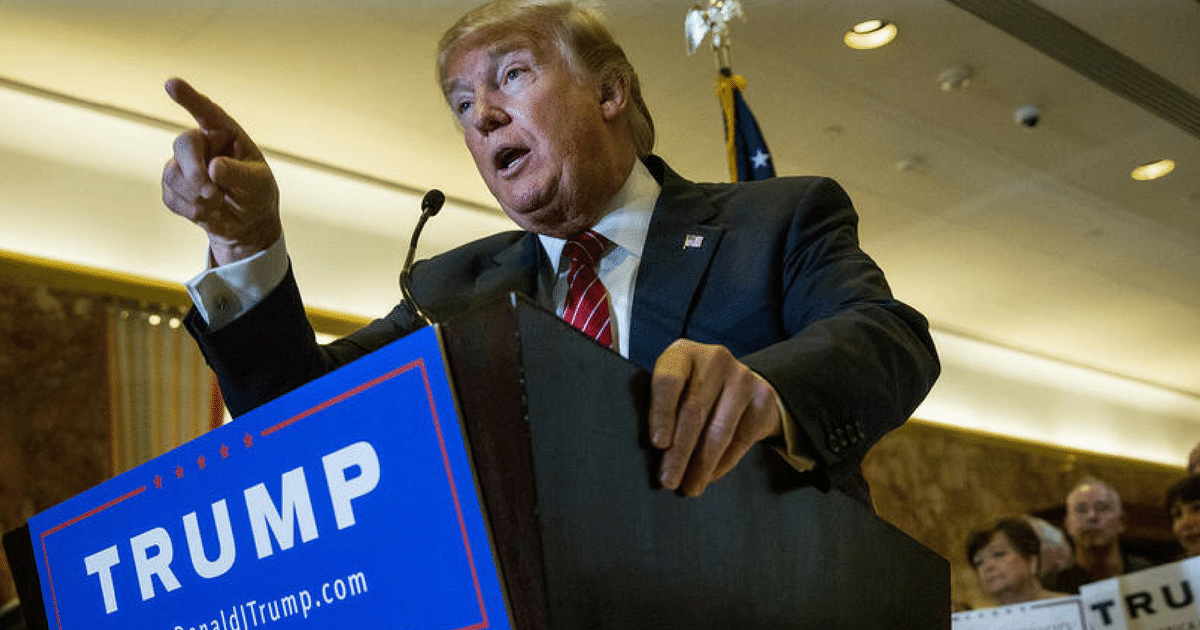 If you listen to Democratic leaders and their cronies in the mainstream media, a plan to cut taxes for the overwhelming majority of American voters is a bad thing.

We’ll agree to disagree on that, but we’ll still walk away with our minds blown at the fact that they’re able to present such information with a straight face.

Politicians from both sides of the aisle have been promising to do something monumental with tax reform for years. Needless to say, that hasn’t happened.

President Donald Trump has picked up the ball, and he’s introduced a common sense plan that will benefit voters at all income levels.

Is it perfect? Of course not, but we’ll caution anyone looking for a perfect piece of legislation to seriously reassess their expectation levels.

It’s a solid plan that makes a ton of sense, and it will further stimulate the economy as a whole.

Washington Examiner shares some of the details.

The tax reform framework introduced by Republicans this week would cut taxes by $2.4 trillion over a decade and provide the biggest tax cuts to high-income earners, according to the first outside analysis of the plan.

While most people would get tax cuts under the plan, a minority of families at every income level would see tax hikes, the Tax Policy Center found.

As with most pieces of reform that they have no interest in seeing happen, Democrats are parsing through details and focusing on the outliers that would be affected.

For anyone that pays attention to Democratic policy and strategy, that’s not all that surprising. Democrats will consistently prioritize the needs of the few at the expense of others.

Furthermore, the Tax Policy Center analysis found that some people, across the income scale, would see tax increases. About 1 out of every 9 tax filers in the middle-fifth would see a tax hike, on average a $1,000 hit.

That’s because they would be losing some of their itemized deductions, such as the deduction for state and local taxes, as well as personal exemptions.

To offset those tax increases, the plan includes a doubled standard deduction and bigger child tax credits. The details that have been spelled out thus far, though, don’t clearly indicate that those provisions are big enough to offset the lost deductions and exemptions.

There will be some folks that are slightly impacted in a negative fashion. While that’s certainly unfortunate, we can’t let it override the big picture.

Trump’s plan will cut taxes for the overwhelming majority of Americans. It will simplify the convoluted tax code. Businesses will be inspired to invest even more dollars into expanding the American workforce.

We fail to see how that can be a bad thing, and any attempt to spin it as such is laughable.