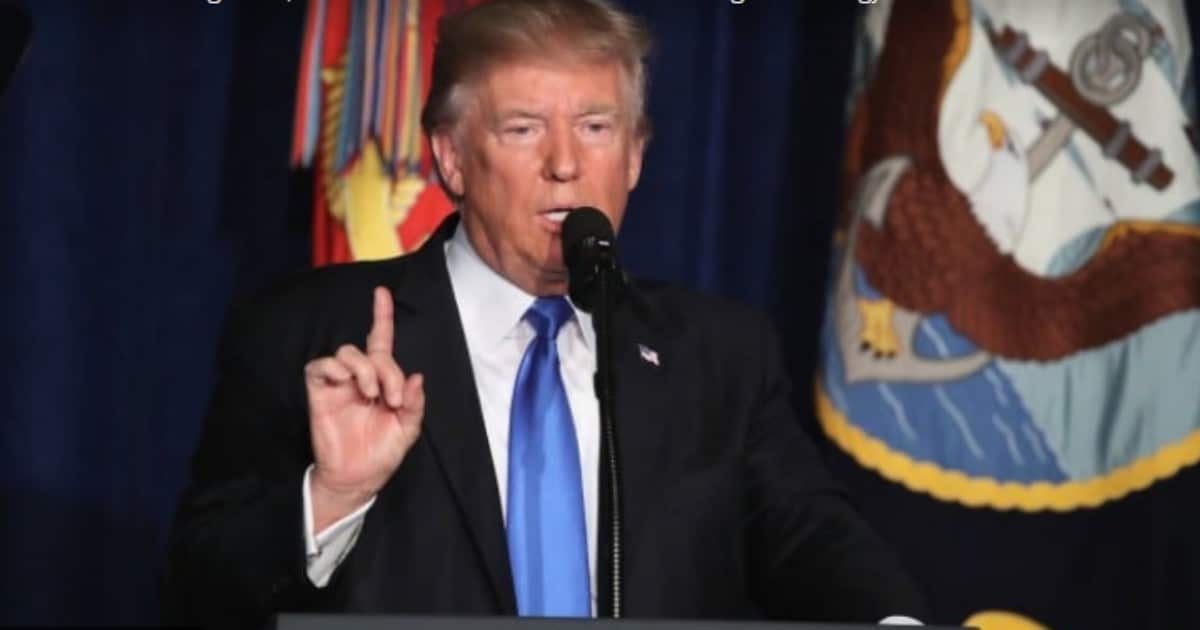 Since President Trump announced an increased U.S. presence in Afghanistan, many have expressed their opinion.

People will speculate for weeks over what motivated the POTUS to send more troops to the region. Some will praise it, others will complain.

But what we do know was Trump was motivated to secure peace for the country, based on one simple thing.

President Donald Trump’s new Afghanistan strategy is in many ways the product of a trio of former generals who urged him to reconsider his gut feelings and recommit U.S. forces to a long-term presence in the war-ravaged country.

Defense Secretary James Mattis, White House Chief of Staff John Kelly and National Security Advisor H.R. McMaster — flag officers with battlefield command experience — guided Trump away from his instinct to draw down, warning him about the national security consequences of abandoning Afghanistan to the Taliban and assorted terrorist groups there…

McMaster gave Trump a black-and-white photo from 1972 depicting Afghan women in miniskirts walking through Kabul, ostensibly to show him that at least a part of Afghanistan had once subscribed to Western norms and could do so again. The photo was a small nudge in a bigger push by the generals to bring Trump around to their way of looking at the war Afghanistan.

Kelly was reportedly instrumental in guiding the president to the conclusion that further military intervention was necessary to guarantee regional stability and ultimately, the security of America and its allies.

The sad reality is, in many Middle Eastern countries, the people were once free. Many nations, like Afghanistan and Iran, once had democratic governments that protected human rights. The people enjoyed freedom and Western values.

It was not uncommon to see women dressed in skirts—free from the oppression of the burqa. They also enjoyed other freedoms like free speech and voting.

Over the years, that all eroded, as militant, radical Islam took root. The Taliban and other hostile groups demanded strict adherence to their views, robbing citizens of their rights.

Today Afghanistan still struggles with oppression, much like other parts of the Middle East. But does an increase in U.S. troops mean a return to freedom and liberty for those people?

Will sending more of our men and women into hostile territory achieve that goal? Or will it only serve to deplete the United States of critical resources and people, at such a precarious time?

I guess we’ll have to find out.